10% Challenge: Get Your Community Involved

By 2010, concern about climate change had sparked an international movement to figure out how to reduce our greenhouse gas emissions, starting with modest goals like a 10% cut — an amount big enough to matter and still attainable. Based on powerful reporting in the Guardian, a “10% by 2010” campaign was going viral in the United Kingdom.

We were inspired to create a 10% Challenge for Hudson Valley communities, calling on everyone to reduce their energy use 10% and get 10% of their networks to do the same. The Town of Red Hook, with its villages of Red Hook and Tivoli, stepped up to pilot the 10% Challenge. Central Hudson funded the experiment, and provided data to show how we did – with a part time staffer and a handful of volunteers – by providing resources and creating buzz.

In a year, we were able to reduce energy use 4% in government, homes and businesses.

Guardian article: Simple Steps to Reduce Your Energy Use by 10% 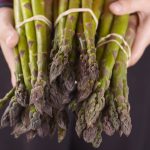